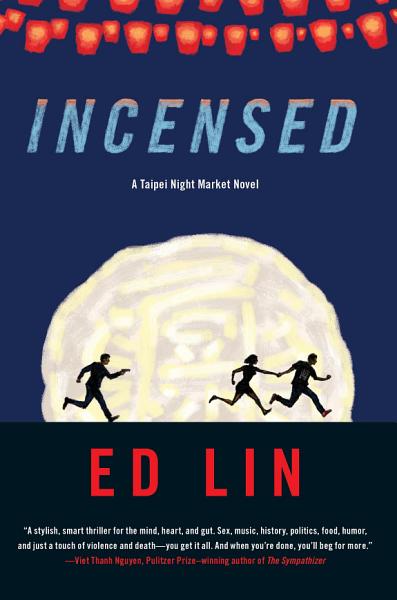 Family secrets come to light in this dark, comedic crime caper set in Taipei during the annual Mid-Autumn Festival. In Taiwan, the Mid-Autumn Festival is a time for prioritizing family. When 25-year-old Jing-nan’s gangster uncle, Big Eye, asks a favor, Jing-nan can’t exactly say no, especially because two goons are going to follow him around to make sure he gets it done right. The favor is this: Big Eye’s 16-year-old daughter, Mei-ling, has a biker boyfriend from the wrong side of the tracks—in Big Eye’s gangster opinion—and Big Eye wants Jing-nan to bring her to Taipei, away from the bad influences, and straighten her out. It doesn’t take Jing-nan long to discover Mei-ling is even more trouble than the average bratty, rebellious teenager. She’s been spoiled rotten and doesn’t know how to take no for an answer. She has her father’s thugs wrapped around her finger and quickly becomes the miniature dictator of Jing-nan’s life. But Mei-ling is also hiding a secret—one that puts her in harm’s way. If Jing-nan wants to save his cousin from her own demons, he has to figure out the truth, even if it tears his family apart—again. From the Hardcover edition.

Cautels of the mass, tr. from the Sarum Missal, by J. Purchas

Catholic Italy, its institutions and sanctuaries

Ritualism and New Testament Christianity: is the Church of England protestant or popish?

Incensed Protestants versus Incensed Ritualists. [With caricatures.] The one hundredth thousand

A second Tract on Incense

Testimonies concerning the patriarch Nicon, the tsar, and the boyars, from the Travels of the patriarch Macarius of Antioch, written in Arabic by his son and archdeacon Paul of Aleppo

Authors: William Palmer
Categories: Church and state
Type: BOOK - Published: 1871 - Publisher:
Books about Testimonies concerning the patriarch Nicon, the tsar, and the boyars, from the Travels of the patriarch Macarius of Antioch, written in Arabic by his son and archdeacon Paul of Aleppo